The Hot Universe Baryon Surveyor (HUBS) is a proposed X-ray space mission in China and is in the advanced stage of assessment at the China National Space Administration (CNSA). It is envisioned to be in operation around 2030. HUBS is designed to be a dedicated probe of tenuous hot gas in the large-scale structures or near galaxies, where “missing” normal (baryonic) matter is thought to reside. The key science questions are: Where are the “missing” baryons located? What are their physical and chemical properties? What are the roles of feedback processes associated with black holes or supernovae in heating and enriching the interstellar gas and ejecting it from a galaxy? 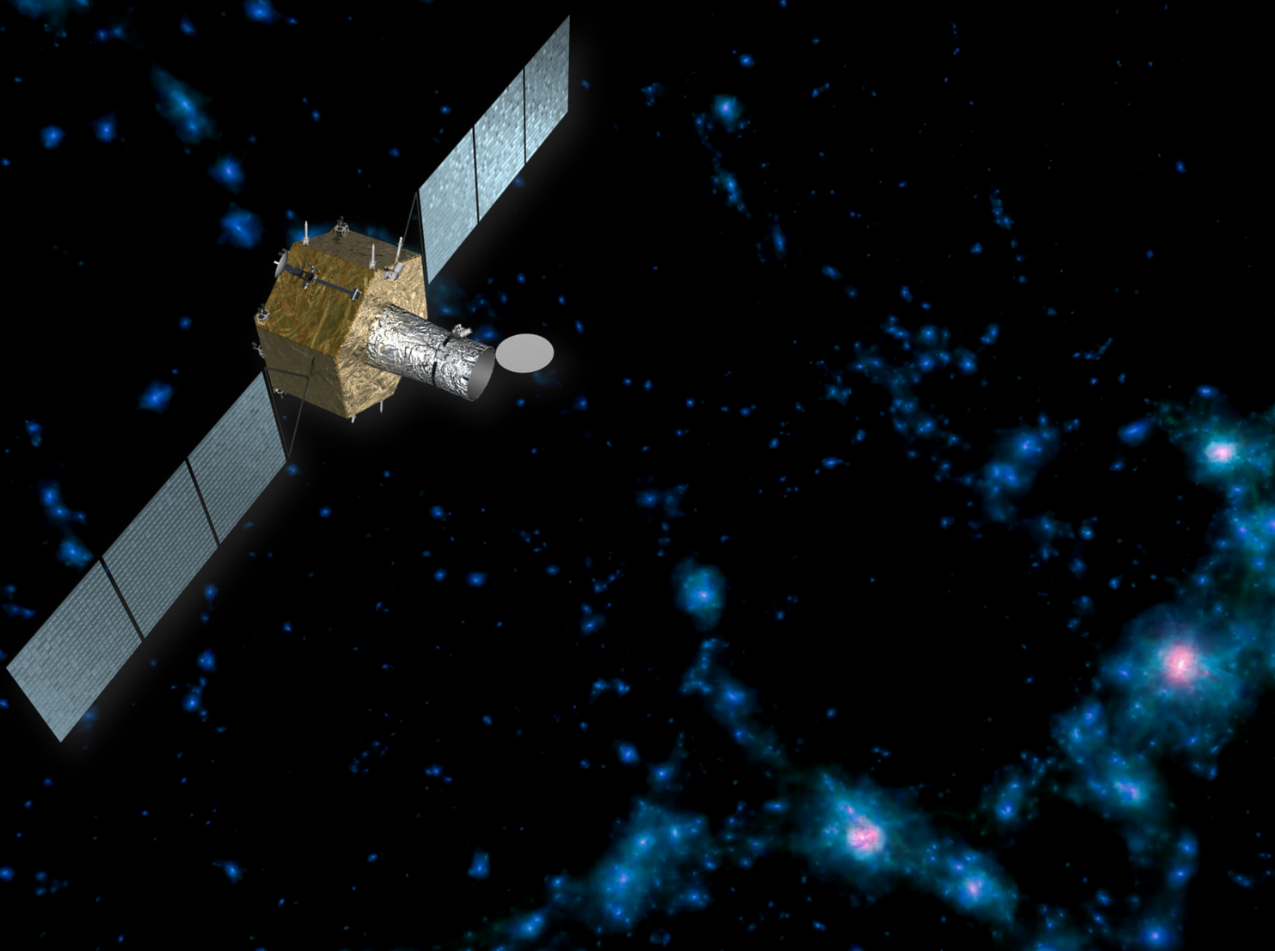 HUBS is going to carry a high throughput, high-resolution X-ray imaging spectrometer based on a superconducting microcalorimeter technology. It has a field-of-view of about 1 square degree, an effective area of about 1000 cm2 in front and low background due to the selected orbit. These features provide a unique capability to detect diffuse X-ray emission from the “missing” baryons. SRON is a key international partner for the development of the spectrometer.

The scientific thrust of HUBS is to fill a void that presently exists in observations of low-density hot gas that permeates the Universe. Specifically, HUBS plans to conduct a census of hot baryonic matter (which is now largely invisible) in the Universe and to measure its spatial distribution, as well as physical and chemical properties. The results will directly address the long-standing issues of “missing baryons” over galactic or larger scales in the present-day universe, and are thus expected to significantly impact our understanding of galaxy evolution.

Although baryonic matter constitutes only about 5% of the contents in the Universe, it is the only component that can be directly observed, unlike dark matter or dark energy, through the radiation that it produces across the entire electromagnetic spectrum. It is made of elements in the periodic table that we are most familiar with, yet still presents serious challenges to our understanding of the Universe.

HUBS will achieve the main scientific objectives through deep observations of galaxies, galaxy groups, galaxy clusters, and other chosen regions of special interest. Secondary objectives are many, which range from cosmic X-ray background radiation, supernova remnants, active stars, neutron stars, dark matter, to important processes in the solar system. HUBS is designed to operate for a duration of 8 years.

The baseline design of the HUBS X-ray spectrometer calls for a 60x60 array of microcalorimeters based on transition-edge sensors (TES) with a large area of X-ray absorber (~1mm2) and an energy resolution of 2 eV at X-ray energies of about 1 keV. To acquire even higher energy resolution for absorption-line spectroscopy, the central 3x3 subarray is replaced with a 12x12 array of smaller microcalorimeters (~250 µm on a side). The detector array is cooled down to a temperature of 0.05 degree above absolute zero.

The HUBS mission features the important characteristics of high-spectral resolution, imaging capability over a large field-of-view and effective area, a combination which is essential for detecting extended, diffuse emission from low-density hot gas near or between galaxies. There is no instrument with that capability at present and as such will complement other missions such as the ESA Athena observatory.