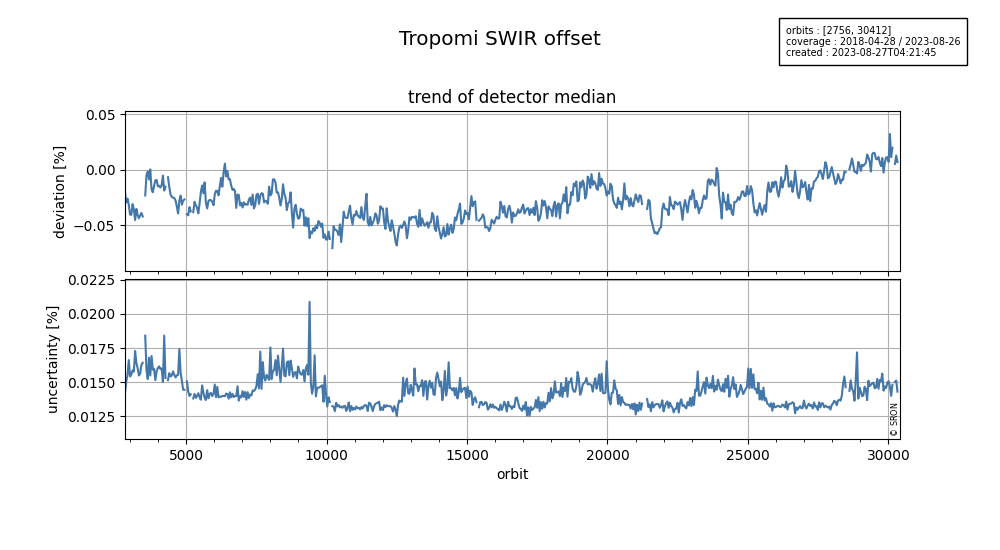 The offset is the raw signal [V] in the limit of an exposure time of zero. Two versions of the offset are given, which should have negligible differences.

The offset deviation is expressed as a percentage of the 0.21 V reference signal due to spectral radiance at 2313 nm (without atmospheric absorption), albedo 0.05, solar zenith angle 70 degrees, exposure time 0.54 s.

TROPOMI is a collaboration between Airbus Defence and Space Netherlands, KNMI, SRON and TNO, on behalf of NSO and ESA. Airbus Defence and Space Netherlands is the main contractor for the design, building and testing of the instrument. KNMI and SRON are the principal investigator institutes for the instrument. TROPOMI is funded by the following ministries of the Dutch government: the Ministry of Economic Affairs, the Ministry of Education, Culture and Science, and the Ministry of Infrastructure and the Environment.

Other websites on TROPOMI
and Sentinel-5 Precursor: