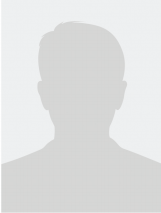 Frank Helmich is head of the Astrophysics Program of SRON. He manages the groups of astrophysicists at SRON-Utrecht and SRON-Groningen and oversees the SRON contribution to instrumentation projects for astrophysics such as the Athena/XIFU, SPICA/SAFARI and AMKID. He has been (2007-2016) Principal Investigator for the Heterodyne Instrument for the Far-Infrared on the ESA cornerstone mission Herschel Space Observatory and is member of the Herschel Science Team. He is Lead scientist for the Netherlands for the SAFARI instrument for the SPICA satellite (Cosmic Vision M5 candidate). He is member of the STO-2 and GUSTO science teams. He leads the core group of the Origins Center, which used to be called Route 4 of the Nationale WetenschapsAgenda (the Dutch Research and Science Agenda).