SRON is opening the doors for young scientists around the world, who want access to facilities and training in data-analysis in high-energy astrophysics in Europe. High-energy astrophysics is all about observations of X-rays and gamma rays emitted by energetic celestial bodies, like for example (supermassive) black holes and neutron stars. These objects play a key role in understanding the hot and energetic universe. 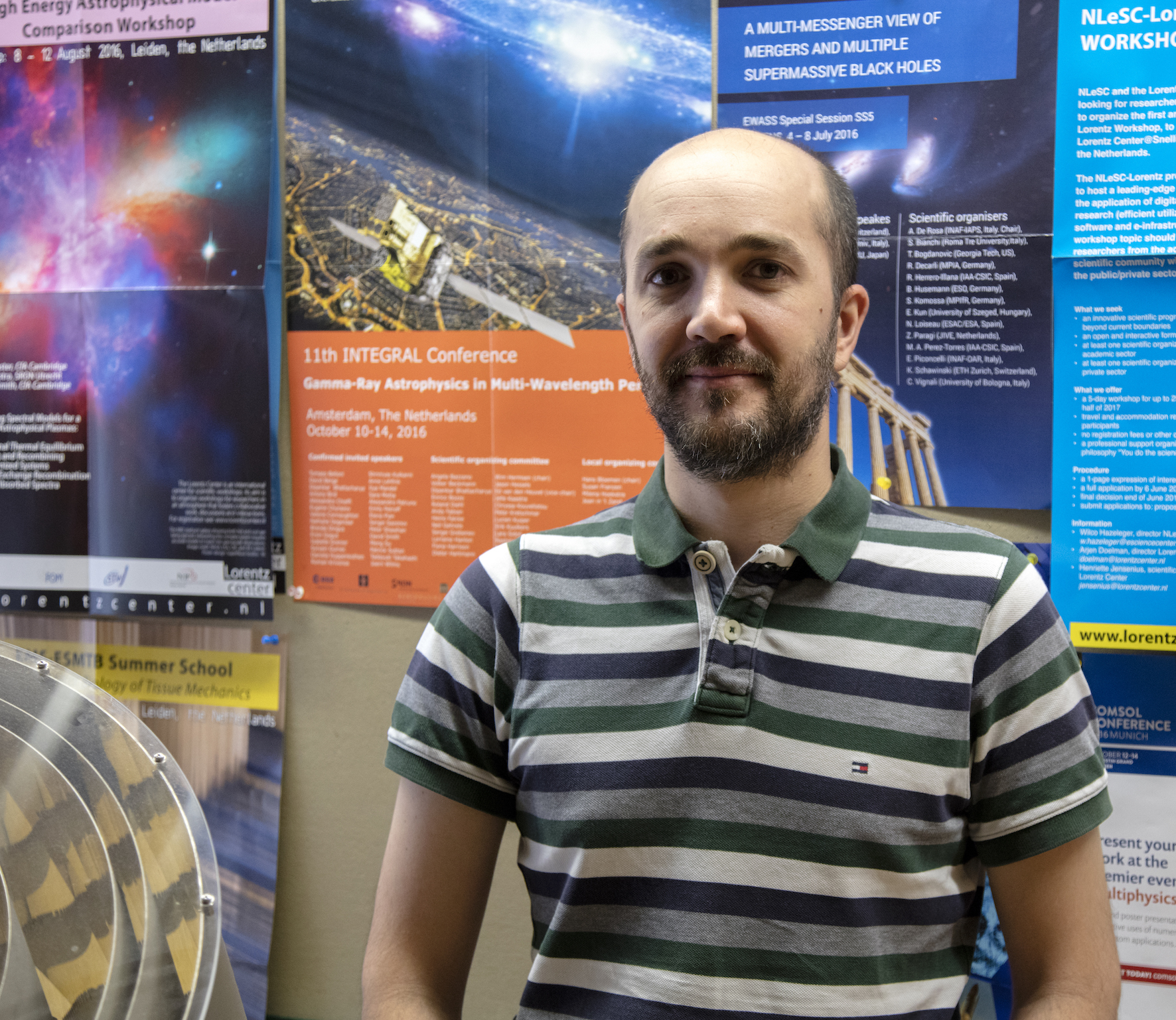 Space-observatories like the European satellites XMM-Newton (X-ray) and Integral (gamma-rays) are leading the exploration in this field. ESA’s mission ATHENA, to be launched in 2028, will carry the most sensitive X-ray telescope ever. It will be the new flagship of all X-ray missions.

SRON is one of 26 European partners that take part in a program to share this European expertise with a new generation of astrophysicists: AHEAD (Activities for the High Energy Astrophysics Domain).

SRON has a long history of developing instruments and analysis software for high-resolution X-ray spectroscopy. SRON developed spectrometers for ESA's XMM-Newton observatory, as well as for NASA’s Chandra X-ray observatory. SRON also built up a lot of expertise in analyzing high-resolution X-ray spectra. For example, SRON develops special software to interpret some of the most complicated spectra called SPEX.

For future missions, SRON has a strong group developing micro-calorimeter arrays and their read-out system for the X-IFU instrument that is to be aboard the X-ray telescope ATHENA.

The last two weeks of June, the young French post-doc (31) Sebastien Guillot who works at the Pontificia Universidad Católica de Chile in Chile has received training in specialized data-analysis from SRON experts like Elisa Costantini and her colleagues. “I have a research fellowship from the Chilean government to do research on X-ray observations of neutron stars. I wanted to learn about high-resolution X-ray spectroscopy and SRON is probably one of the best places in the world to learn about this” he says. “It was definitely worthwhile: I learnt the process of analysis using the SPEX software, which is extremely useful for the future of my research.”

The AHEAD program is funded by the European Commission and involves most European Universities and Research institutes which are involved in high-energy astrophysics.